In May 2014, at the age of 87, Verna Rose was admitted to Clifden House Dementia Care Centre, Seaford as an emergency. Five years on, Verna’s niece, Valerie describes how they coped since the initial dementia diagnosis and offers advice to others who may find themselves in a similar situation. 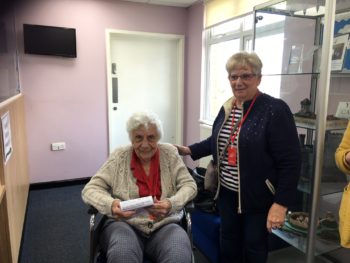 Verna rose with her niece, Valerie

My Aunt Verna is my father’s sister, the youngest of four siblings and the only one still alive. I have always kept in touch with Verna and am very fond her and her amazing personality, Verna celebrated her 92nd birthday this August.

Originally from Ontario, Canada, Verna was always outgoing and athletic. Although she never married nor had children, Verna had a very tightknit group of five school friends – friendships that endured for well over 70 years. Sadly, only Verna and one other of the group are still alive. 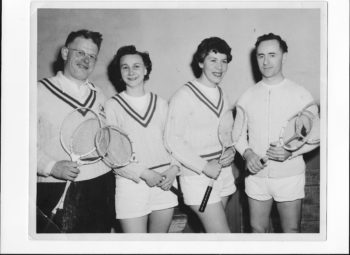 After qualifying as a teacher in her early twenties, Verna travelled to Europe, eventually settling in Brixton, London, where she worked as an art teacher in a number of schools, including those for pupils with special needs. 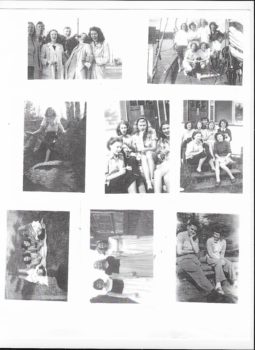 Some pictures of Verna and her school friends

When Verna retired she left London and settled in Seaford, on Surrey Close, quite close to Clifden House. She travelling throughout Canada, cruised the Mediterranean, attended French conversational classes as well as courses on woodworking and reupholstering   – always discovering new hobbies and interests.

The change in Verna was first noticed in the summer of 2013, by her closest friend who found that Verna was not always clear of mind when speaking on the phone. I also found it difficult to make a firm judgement over the phone, so I contacted her GP and social services to arrange for Verna to be assessed in her home. This happened within a few weeks.

Following the initial assessment, Verna was diagnosed with early onset Alzheimer’s disease. Adaptations were made to her house in an effort to assist with Verna’s desire to remain at home. These included the installation of amplifiers so that she could hear the doorbell, telephone and television, as well as daily meal deliveries. 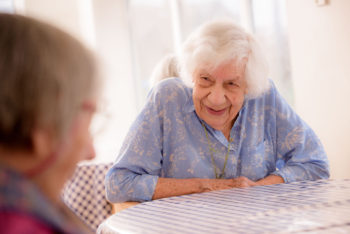 Sadly, Verna continued to decline. She would not always answer the door and would frequently forget to eat. Doctor’s appointments were missed and medication was not taken. A visit from a friend in March of 2014 found that Verna’s house was starting to fall into disrepair and was generally unclean.

Two months later I visited in May 2014. It was obvious that Verna was not coping at home alone. Verna was forgetful, the fridge was full of out of date food, the bins were overflowing, the house was extremely dirty and cluttered, medication was not being taken. It was very upsetting to see.

The situation was taken out of our hands as overnight Verna had become frightened by a sudden drastic headache and had called for an ambulance. She was admitted to hospital and the medical team who assessed her concluded that it was no longer safe for Verna to remain in her own home. With the assistance of the hospital social services, and with my full support, Verna was placed in Clifden House Dementia Care Centre.

Once Verna had been at Clifden House for a few weeks, social services concluded that it was the best place for her to remain permanently. She has no family in England and could not safely remain at home.

Initially, Verna would waver between being totally accepting of the fact that she now lived at Clifden House and having moments of wanting to go ‘home’.

One of my concerns was how Verna would adapt to living as part of a community at Clifden House. To my relief, enjoyed the activities and stimulation. Within the first six months, Verna’s overall health and brightness improved greatly  –  she was eating three home cooked and nutritious meals a day, taking her medications and being positively stimulated.

Having been a resident at Clifden House for over five years now, Verna will still occasionally say that she wants to go home. Reassuringly, in the next sentence she will say how happy she is at Clifden House. I know that it is the right place for her to be.

Verna has benefited greatly by being at Clifden House and there are still glimmers of the old Verna.

In September 2017 she was able to use her past skills as an art teacher to collaborate with a local school to produce a large textile peacock. A few months ago Verna delivered a talk to local school pupils about her experience of the second World War – memories that she has no difficulties accessing.  She surprised even herself by thoroughly enjoying that afternoon. 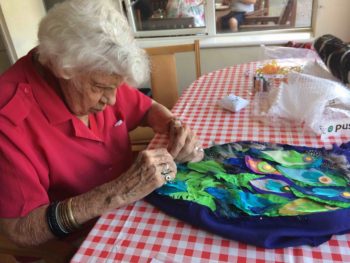 Verna working on the textile peacock

I believe that these activities and the engagement they offer has helped slow the process of Alzheimers. Sadly, however we have noticed a decline in Verna over the last few months.

Dementia is very sad and difficult to accept. It is like losing the person dear to you, long before they actually die. You must take the good with the not so good, and find the humour in the situation. Arguing with the patient, or trying to correct them, only causes distress – just agree or try to change the topic.

Enjoy each moment in that moment!